Political conventions in the U.S.A. Media organizations in America are working hard to cover the Republican National Convention in Cleveland, Ohio. The Republican party has voted to nominate Donald Trump as their candidate. Next week the Democratic National Convention will be held in Philadelphia, Pennsylvania. Hillary Clinton is expected to win the Democratic nomination. The candidates will then campaign for the national presidential election on November 4th.

Subcutaneous sensors are being developed by DARPA, the Defense Advanced Research Projects Agency, a division of the U.S. military. The tiny sensors can be inserted under the skin and can read vital signs such as heart rate, blood pressure, respiration, hydration, and other information. But invasive medical technology brings up questions of personal and medical privacy, as the DARPA program would allow government agencies to monitor the wearer’s health, location, and activities.

Jeffrey: The price of gasoline has gone up again. The oil-producing countries are taking huge profits from us and we have to suffer with high fuel prices.

Rob: That’s a common misconception. Actually, gasoline is cheaper per liter than soft drinks from a vending machine. Taxes also make up a large part of the price of gasoline. Instead of complaining about gasoline prices, have you thought about buying a more fuel-efficient vehicle, or taking the train for your daily commute?

Explanation: The term “misconception” means that many people believe that a statement is true, even though it is false.

Mrs. Flores: My baby keeps crying and crying. He just won’t stop. I’m worried that something is wrong with him.

Dr. Wu: Let me ask you, when did this situation start?

Mrs. Flores: It’s been going on non-stop for more than two weeks.

Dr. Wu: We’ll conduct some examinations to determine if it’s just natural crying, or if there is a specific cause. Please don’t worry.

Explanation:
The terms “crying and crying” or “(X)ing and (X)ing” are common phrases that mean something is happening for a long time without stopping. We can also say “the dog has been barking and barking all day long” or “The phone has been ringing and ringing since the early morning.”

We have more than 50 new recruits who have joined our company this summer. In order for all of them to meet each other and meet the corporate managers, we should have an orientation meeting. I think the best place to use is the main hall of the corporate headquarters. Can you please prepare the orientation materials, including a list of the managers, their email and telephone information, and maps of all of the offices in the headquarters building? We need 50 copies of each document. Thanks very much for handling this. 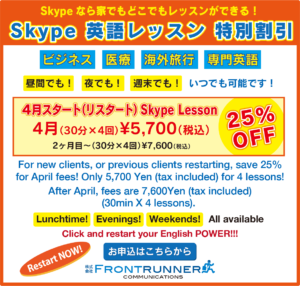